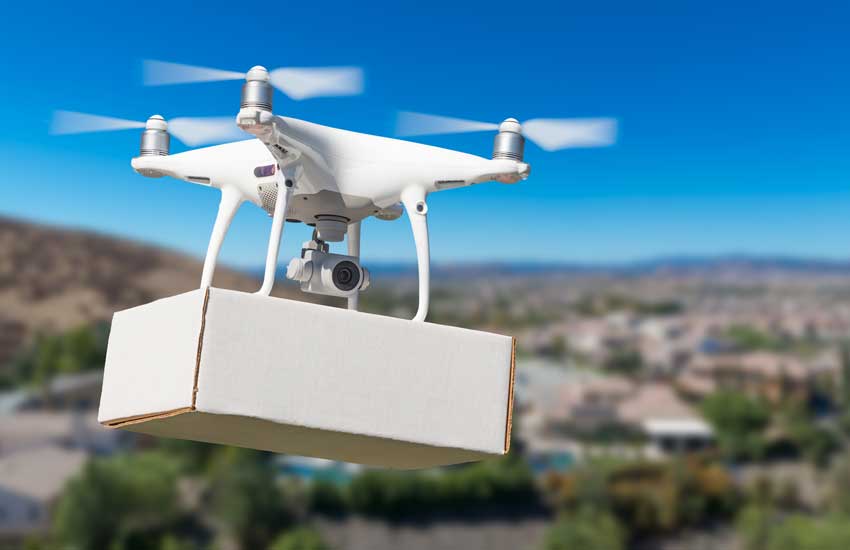 Earlier this month, the U.S. Department of Transportation’s Volpe Center published a report discussing the use of blockchain for unmanned aircraft systems (UAS). Otherwise referred to as drones, these UAS are used for several purposes from recreational use, carrying medicines and transplant organs, to operating flamethrowers and machine guns.

However, as drones can be customized for specific needs, there is a need for a trust layer that monitors the use of drones. Currently, any UAS weighing more than 0.55 pounds but less than 55 pounds are required to be registered using an online FAA system. Drones can be remotely operated or be fully autonomous, which makes it even more critical to develop policies and protocols so that they do not interfere with other aviation operations.

The report cites the use of blockchain for ensuring security and providing identity management solutions as well as air traffic management, flight authorization, and UAS conflict management. Flight data recorders or the black box provides information to investigators about the aircraft before an event or accident. Red Cat has developed a beta version of its blockchain-based black box for UAS.

Another area of concern is air traffic management. The FAA and NASA are leading a standardization effort for drone traffic management. Boeing has launched a new company called SkyGrid, which uses AI and blockchain to track the movement of drones in an air traffic corridor. Late last year, the company was approved by the FAA as a supplier of Low Altitude Authorization and Notification Capability (LAANC) services.

Meanwhile, Walmart has filed a patent for a blockchain drone delivery system, which would allow drones to communicate with each other and transfer packages.

“In case of a package delivery operation, a blockchain-based repository could log information about the operations such as time, location, resources, delivery date, etc., and make the data accessible to authenticated users, and any other stakeholders along a package’s route,” said Amit Ganjoo, Founder and CEO of ANRA Technologies, which has developed a solution providing users with a drone operation platform.

On the other hand, IBM, which is one of the top blockchain patent holders across the globe, has patented the use of blockchain for drone fleet security. The solution would record UAS flight data on a blockchain ledger so that air traffic controllers and other regulators can easily access it and supervise the drones. If a drone goes close to a restricted zone, it could trigger a warning.

UAS are predicted to be the future of air transport, and not limited to package delivery and performing other current functions. China’s Ehang is testing autonomous passenger drones for enabling an air-taxi service. The Volpe Center report believes that blockchain could play an essential role in successful and effective regulation to ensure that unmanned aircraft operate in a trustworthy manner.

“The next phase of the aerospace industry will include commercial aircraft, helicopters, and many different kinds of drones in all shapes and sizes. For drones to have equitable access to airspace, the industry will require reliable and immutable data to ensure accountability and trackability,” said Jeff Thompson, CEO of Red Cat.

Hyperledger Community on Camera: “How to Get Involved” Video Series