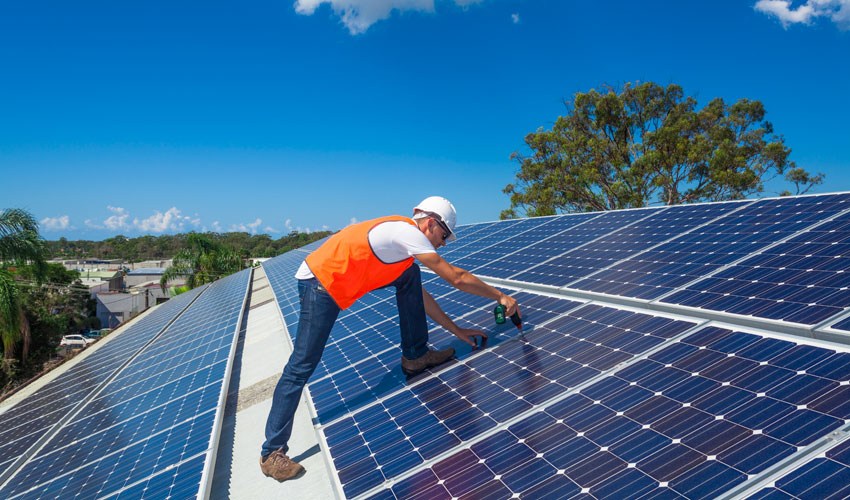 The National Renewable Energy Laboratory (NREL), a unit of the U.S. Department of Energy, has been investigating blockchain for energy transactions.

Some use cases are a natural fit for blockchain. The proliferation of solar energy and other renewable sources has a missing link. For neighbors to share energy during peak times rather than sourcing it from the grid, there’s a need to trust the data about how much energy has been transferred, and it requires a cheap means of payment. Blockchain meets both requirements.

“Distributing grid operational decision-making is revolutionary,” said Dane Christensen, an engineer at NREL. “It’s really like somebody in the 1980s expounding on the economic opportunity of the Internet. Everyone would have laughed at you. That’s kind of what’s happening right now with blockchain applications — the foundational tools for another technology revolution are emerging, and this could be one of them.”

The (NREL) recently said it was working with energy utility Exelon and the Energy Web Foundation (EWF) to explore blockchain for community-based energy markets.

Exelon owns six utility companies in the Eastern United States, with 10 million customers and is the largest operator of nuclear power plants in the United States. EWF is a non-profit developing an open-source blockchain platform for the energy sector.

The project with Exelon and EWF focuses on driving coordination between utilities and consumers. The NREL is exploring ways to connect distributed energy resources (DERs) such as solar panels to the local distribution network.

NREL is working on coordinating the supply and demand of electricity by leveraging digital identity and hardware developed by NREL’s Energy Systems Integration Facility (ESIF).

But the problem is integrating these diverse DER systems, which require specialized engineering and overhauling of systems.

“A large part of that cost is driven by custom and manual processes for different DER types. Every feeder is different. Every home is different. As more renewables are adopted, as more electric vehicles are adopted, continuous expert engineering has to be done,” said Dane Christensen, a mechanical engineer at NREL.

Current electricity feeders are not designed to handle a bi-directional flow of electricity. Normally electricity is transmitted from a substation to transformers and on to consumers. With DERs, the power goes in the other direction. Also, recording electricity produced by all the prosumer homes or office buildings is difficult.

Not only that, but charging electric cars is a strain on the transformers and the local grid. Adding capacity from DERs may reduce the load and hence the need to upsize local grid infrastructure. And NREL wants to design solutions that avoid the need to feed energy back into the main grid.

Using blockchain, NREL aims to enable a scalable solution that can be easily set up on electricity feeders, which can be customized as needed. It is currently running a virtual pilot, which connects electric vehicles, smart appliances, storage batteries, and other components to a blockchain.

Previous trials by NREL for blockchain in energy

Last year, the Congressional Research Service found that DER operators were increasingly looking for ways to sell excess electricity to their neighbors. The current systems, such as the energy management system (EMS) and an advanced distribution management system (ADMS) are not scalable to manage transactions between thousands of homes.

Collaboration with other research organizations

Going forward, NREL will be working with other national laboratories to accelerate blockchain adoption in the energy sector. Blockchain for Optimized Security and Energy Management (BLOSEM) was set up to explore blockchain, and NREL is providing its expertise as a member.