Tesla and SpaceX CEO Elon Musk has changed his Twitter bio to mention only Bitcoin.

The move is similar to Twitter CEO Jack Dorsey, who has since long been a bitcoin supporter.

The bitcoin mention by Musk means his more than 43 million followers could be keen to learn more about the world’s largest cryptocurrency. 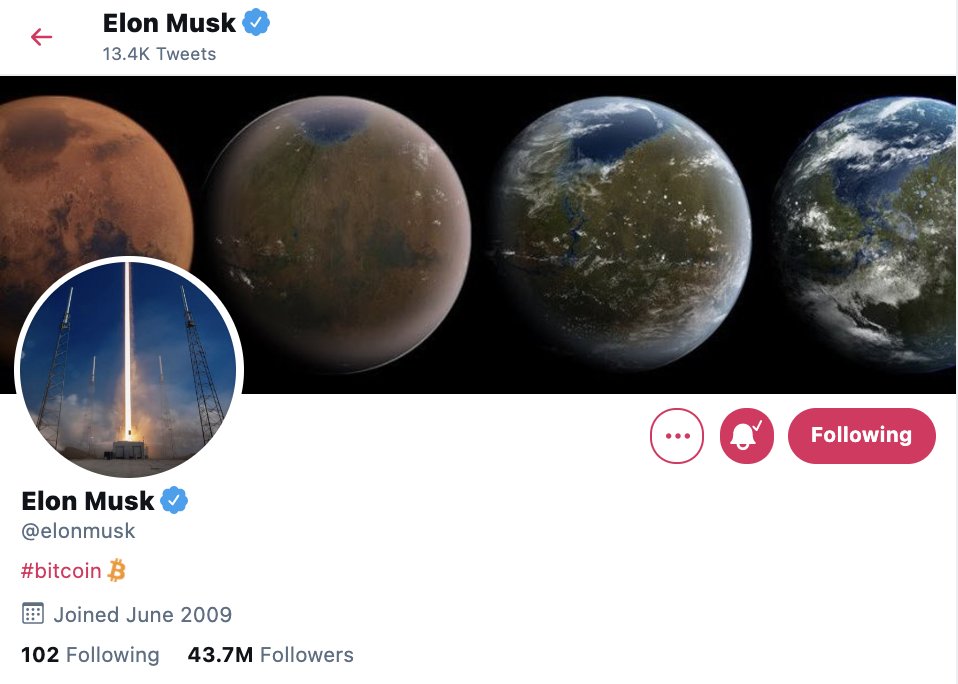 Soon after changing the bio, Musk tweeted: "In retrospect, it was inevitable," possibly meaning that the bitcoin mention was sure to happen.

Bitcoin is up by about 13% since the tweet (about the last one hour). The cryptocurrency is currently trading at around $36,500. 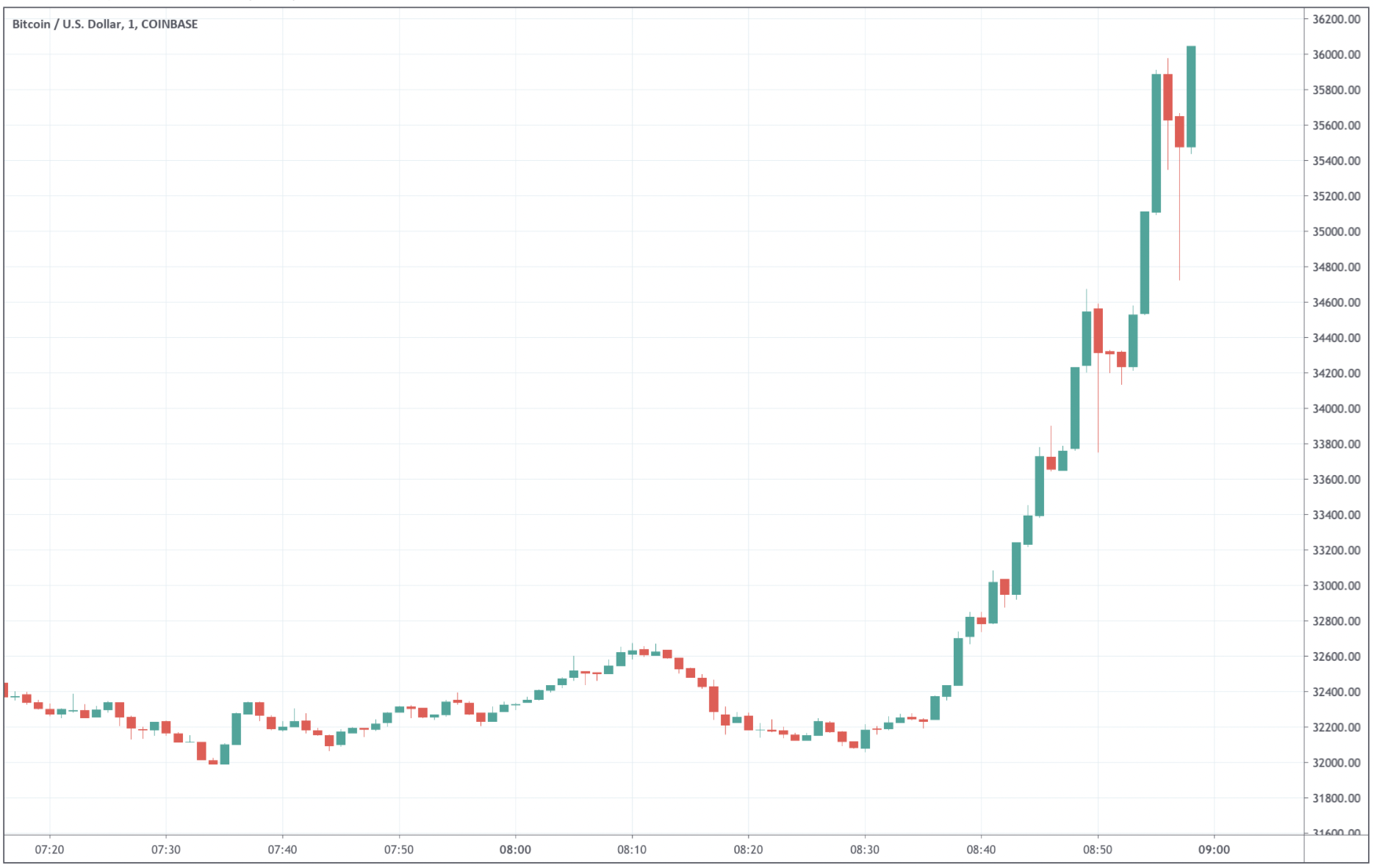 Saylor at the time encouraged Musk to shift cash from Tesla to bitcoin and "do your shareholders a $100 billion favor." The exchange came after Musk posted a suggestive image indicating that he’s tempted by bitcoin.

Shortly after that exchange, Musk wrote in a separate tweet at the time: "Bitcoin is my safe word."

© 2021 The Block Crypto, Inc. All Rights Reserved. This article is provided for informational purposes only. It is not offered or intended to be used as legal, tax, investment, financial, or other advice.